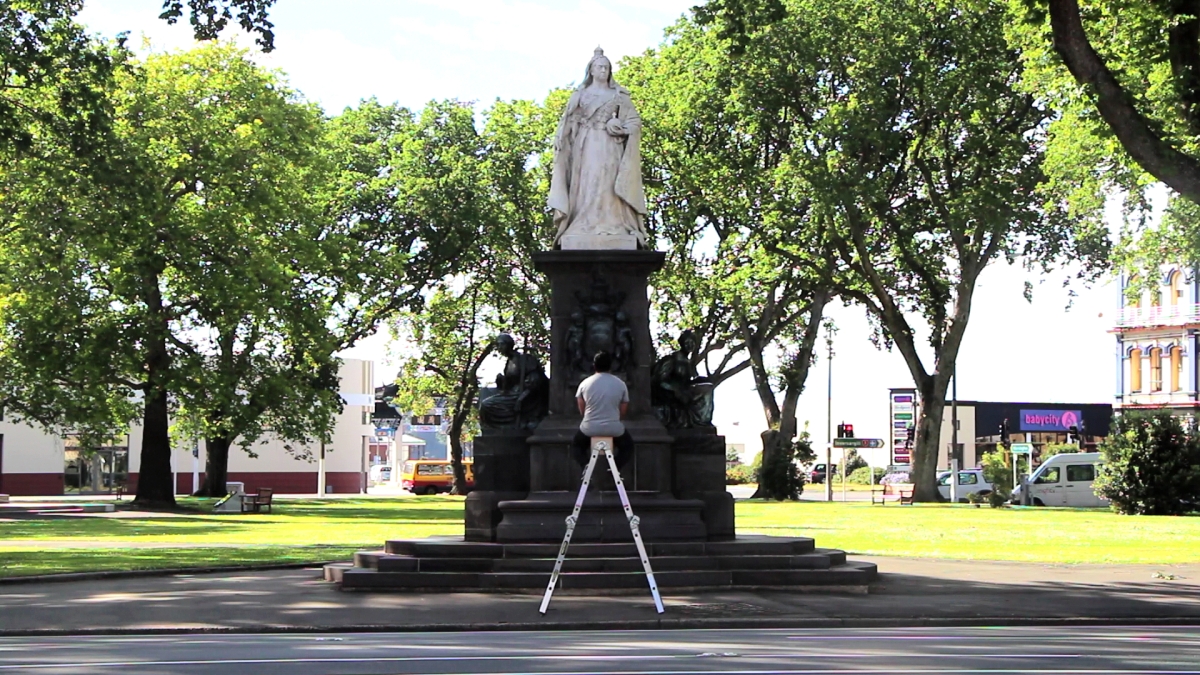 The work concerns New Zealand’s four statues of Queen Victoria. The statues are located in Auckland, Wellington, Christchurch and Dunedin. Filmed in four parts the work involves Leatinu’u sitting atop a ladder in front of each of these statues and spending time with the Queen.

The series shows that Leatinu’u acknowledges the statues as symbols of the complex historical and political expressions of British imperialism. Through the use of a ladder as both prop and symbol, Leatinu’u generates a subtle shift in power relations. While his position in relation to the ground does become elevated, it never lifts above that of the Queen. There is never a sense that his intention is to supersede her position in a way that would make him more dominant – If that could ever be done? The work mimics the tradition of placing objects on plinths to elevate the object and refocus our perception of it away from the banal. The ladder performs the same function as the plinth. Through a working class object Leatinu’u is elevated so that we might watch and consider him as he himself is perhaps also considering his own relationship to the Queen. This is a layered meditation that operates in terms that seem to pivot around the notion of class. Leatinu’u has transversed these significant distances in order to sew the points on the colonial map together.

Excerpt from the essay The other side of speaking written by Rangituhia Hollis. From the More than we know exhibition catalogue.