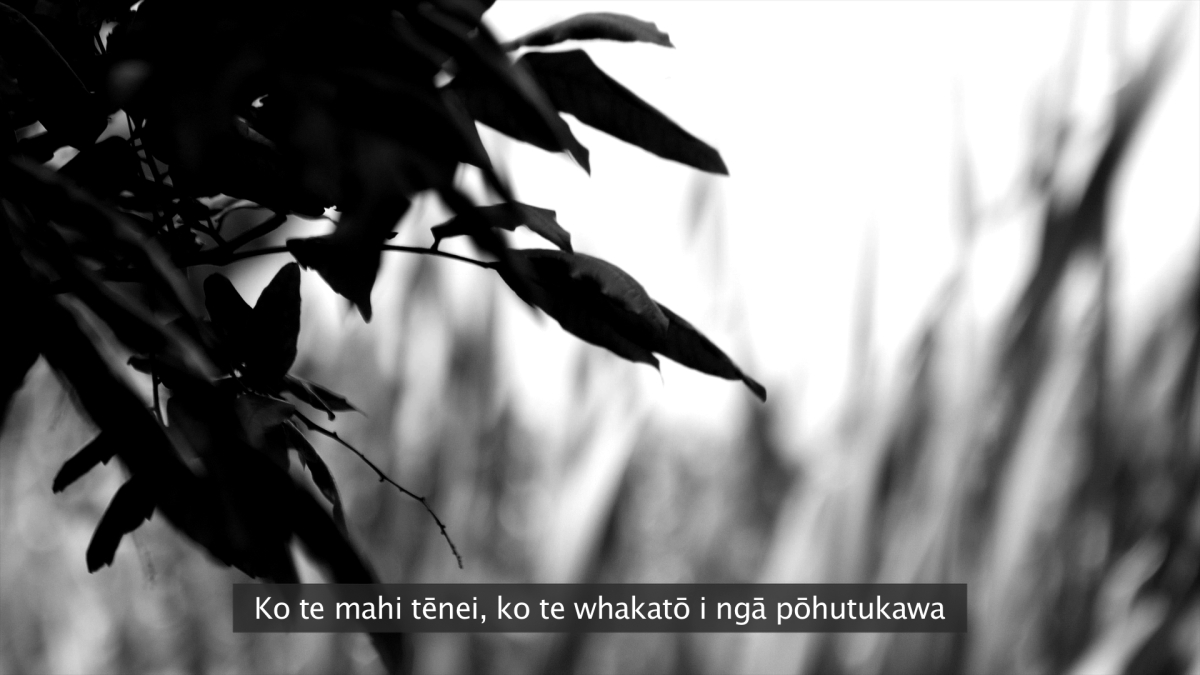 With a title meaning “from the back of the canoe to the front of the canoe,” this work raises questions of narration and translation by recounting two interconnected stories in a voiceover performed by the artist with quiet intensity. The first is in te reo Māori, subtitled in English, while the second is in English, subtitled in te reo Māori. Both tell of trajectories of migration and settlement that predate the arrival of Europeans in Aotearoa, of crossing sea and land in search of a different future, carrying the accumulated practices of the past to new horizons. Yet Mai i te kei o te waka ki te ihu o te waka is not entirely devoid of traces of contemporaneity. Leatinu’u bookends his work with paired images that depart from those that occupy its bulk: to begin and end, he makes use of long shots of the shoreline, where the water meets electricity towers, power lines, and suburban houses. These indices of twenty-first-century life frame the narratives heard on the soundtrack, subtly casting their telling as a recovery of histories that have been overshadowed by the colonial mythology of European settlement as a supposed moment of origin and discovery. – Erika Balsom from the text Truth or Consequences.